Galea Insurance Brokers Limited C- 12858 is licensed to carry out the business of insurance broking and is regulated by the Malta Financial Services Authority. ​

​    insurance for youR peace of mind​ 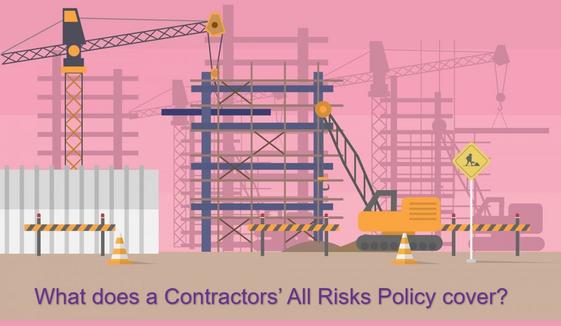 Contractors' All Risks Insurance is a policy designed to cover you during any construction projects which you might undertake. Such works may include alteration works involving civil engineering to your existing residence or business such as the inclusion of new rooms, additional floors or lifts and construction of new buildings. The cover is for damage to the contract works and damage or injury for which you might become liable against third parties.
The Contractors’ All Risks policy is a project-based policy issued only for the duration of the contract works. There may also be instances where Contractors issue an Annual Contractors All Risks Policy covering various contract usually capped at a limit for any one single Contract.


The law (Legal Notice 72 of 2013 of the Laws of Malta) requires developers to ensure that demolition, excavation and construction works that fall under the provisions of the regulations are appropriately and adequately insured to cover any single occurrence or recurrence of damages sustained by third party property, disability to persons or death as a result of the construction works or activity being undertaken by the developer and the contractors working on the site. The insurer is required to carry out an appropriate and adequate assessment of the risks involved in each particular case and provide insurance cover for the third party damages amounting to not less than €750,000.

Therefore, if you are undertaking any type of construction work, whether under a development permit or otherwise, it is advisable that you double-check with your architect and construction company whether you need to have a separate policy of insurance to cover the risk of damages to third party property or injury to persons that may result through the proposed works.

In any case, your construction company should have its own insurance cover.

​​Cover under the policy is split into two parts:

Cover in respect of any damages to the contract works including materials such as tiles, stones and fittings both whilst stored on-site and after being installed/used on the construction. The cover is on an All Risk basis, subject to the exclusions under the policy. The policy may include cover for the property that is owned by the insured on the contract site and which will not be part of the works such as during alteration works. This is called the ‘own surrounding property’ extension and a separate sum insured needs to be provided, usually by an architect, for such cover to apply.

In addition to the above, this section may also cover costs for removing debris should there be an accident on site, architects and PA fees and cover for tools and equipment belonging to the contractor if the latter is included under the policy cover as joined insured.

However, it is important to note that expenses for rectifying deficiencies that would have been incurred anyway – without the occurrence of such loss or damage such as architects fees to alter the plans due to MEPA order or removal of debris after demolition due to inadequate works – are not indemnified/covered.

Cover in respect of any legal liability at law towards third party bodily injury and/or death and/ or property damage up to a limit as specified in the policy. This would cover any additional legal fees subject to the approval of your insurance company. The policy may also be extended to cover Vibration, removal or weakening of support; however such section might attract an additional premium, a separate higher excess and usually a separate limit.

It is important to note that both in respect of Own and Third-party property damage it is not the intention of the policy to cover small cracks, settlement cracks and other small damages which normally occur on existing and neighbouring properties during and after the contract works are ready. This is also reflected in the usually high excess which is imposed under the policy.

Also, the insured cannot choose to cover only the most hazardous aspects of the projects such as excavation. The whole project, from demolition to excavation and construction stages, need to be included. If required, the finishing (plastering, electrical installations, tiling etc…) works may also be covered under the policy; however such cover is optional and usually incurs an additional premium. This of course is not applicable when the policy is taken out for alteration works only.

Is there a legal requirement to issue a Contractors’ All Risk policy when undertaking a construction project?

​​​For all types of projects including demolition works, construction and other engineering works. Cover for machinery breakdown available and also erection all risks. Whether you are a contractor or a principal we can get you covered. We cover your employees, machinery and liability risks.

Whether you are just making some alterations to the property or undertaking a million plus Euro project we can get you covered in next to no time.

We have built relationships with the best construction insurers in Malta and abroad. Contact our  representatives for assistance info@galeabrokers.com or 21 235880

Thank you for contacting us! If needed, you will hear back within 48-72 hours.